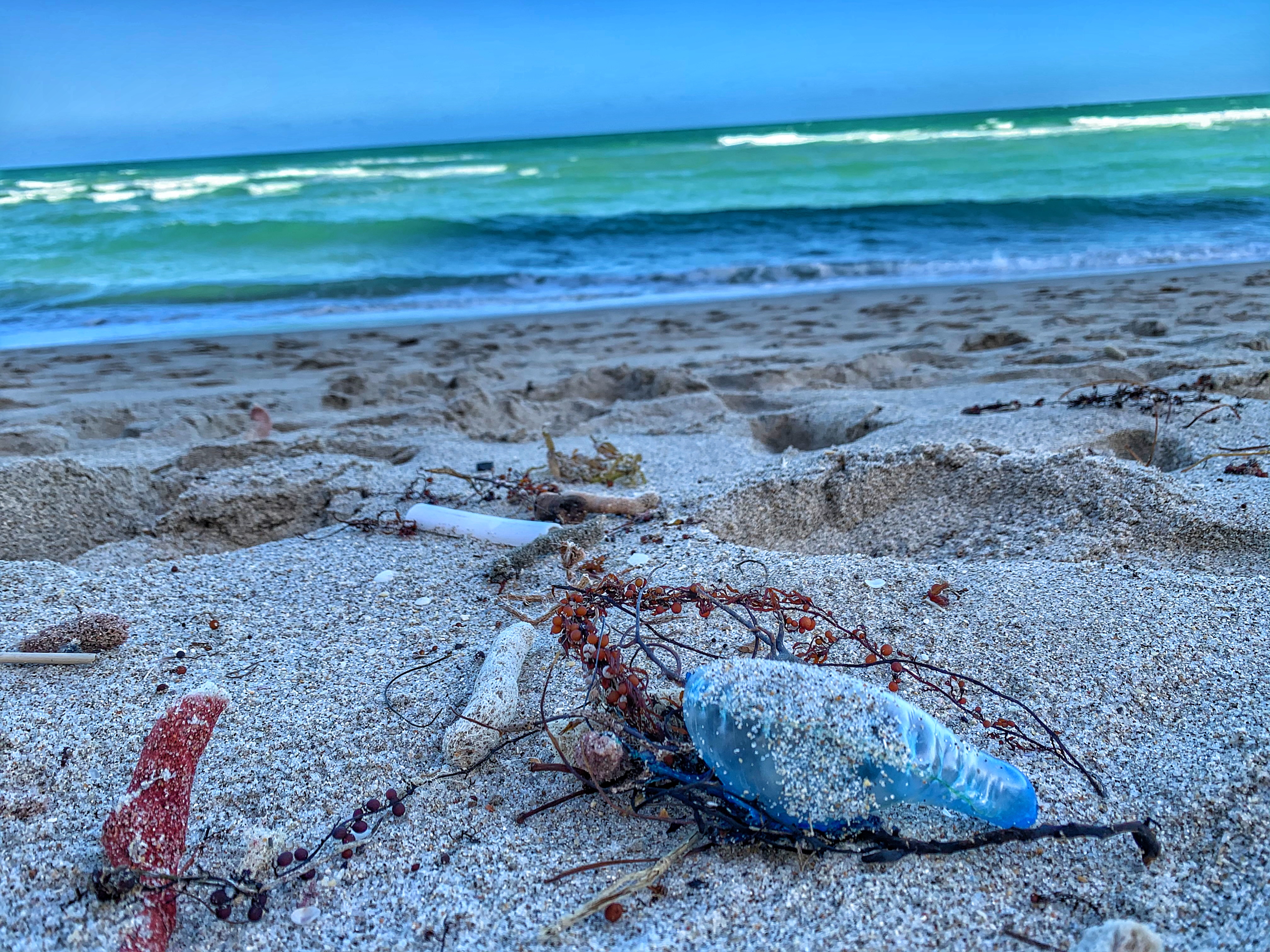 Photo above is man-of-war jellyfish Florida and you will also see dead coral on this Miami beach.

A popular beach shut down in Edgartown, Massachusetts earlier this year by Portuguese man of war jellyfish .

According to the Vineyard Gazette, South Beach Katama closed down until further notice. Nearby swimming areas did the same. Soon enough, strange animals flooded the shore.

Once authorities said the waters were unsafe, strange animals made their way to the beach. Lifeguards and beach attendants began removing siphonophores from the sand. They had to keep them away from people walking close by. It was a rare occurrence. A haul of sea creatures known as the floating terror had arrived in mass numbers. 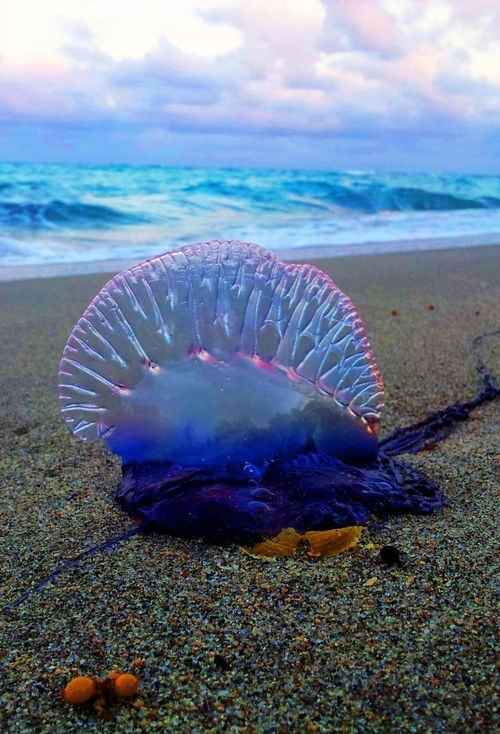 Authorities set up a purple flag at several beaches around the island. The purple flag signaled that there were jellyfish nearby. Signs warning of dangerous animals were also used to alert visitors to stay out of the water. This is because the animals pose a threat to humans and animals alike.

Danger in the Waters

Siphonophore, known as the “Floating Terror” and “Portuguese man o’ war sting”,  and how deadly is a Portuguese Man O War?. They are part of the Hydrozoan family. They have long, curly tentacles that can reach up to 30 feet in length. These poisonous tentacles catch its victims, much like an anaconda constricts its prey. Their tentacles can also deliver a painful sting, which is why they must not have contact with humans.

Creatures by the Dozen

The official protocol is to close down areas for several days where any Portuguese man o’ war have been seen. This is because their poisonous tentacles deliver a very painful sting. Since the animals travel in swarms, much like a school of fish, there is more danger to swimmers.

Authorities believed that more Portuguese man o’ wars might show up in the days ahead. This is why beaches shut down for an extended period of time in Edgartown. It saved many swimmers from the aching pain of the Portuguese man of war scars.

What is a Siphonophore?

The siphonophore is an animal with many names. As noted above, its aliases are the Floating Terror and the Portuguese man o’ war. Its closest relative is the jellyfish, though it belongs to a different family. According to the National Oceanic and Atmospheric Administration (NOAA), siphonophores are clones. A single siphonophore is compromised by a colony of zooids. They all have their own functions but work together as one.

The siphonophore uses wind and ocean currents to move in the ocean, according to Oceana. The sting from a Portuguese man o’ war is not fatal. It might not kill you but it will cause injury. Getting stung by a Portuguese man o’ war is very painful. It is best to stay as far as possible from this animal. This is why authorities close down beaches if the animal comes too close to shore.

Why is it called “The Floating Terror”?

The nickname “Floating Terror” depicts the animal’s floating ability. It can float 6 inches above the waterline. Nematocysts cover their tentacles, ranging up to 160–feet long, delivering a venomous sting. The siphonophore is a predator. It uses its tentacles to capture and attack prey, such as small fish and crustaceans.

The Portuguese man o’ wars stands a good chance of surviving its full life cycle in the wild, which is about 1 year. It is rarely hunted by predators. Its only predators are sea turtles, sea slugs, and crabs.

The siphonophore’s nickname, the “Portuguese Man o’ War”, dates back to the 18th century. The animal’s unique shape resembles an 18th-century warship under sail, according to NOAA. This shape makes it easy to detect the difference between a siphonophore and a jellyfish.

The Portuguese man o’ wars stands a good chance of surviving its full life cycle in the wild, which is about 1 year. It is rarely hunted by predators. Its only predators are sea turtles, sea slugs, and crabs.

The Portuguese man o’ war lives in the Atlantic, Pacific, and Indian oceans. The animal seems to thrive in tropical areas. It lives in abundant numbers and is not endangered. It is actually increasing in numbers in certain areas, according to Oceana. 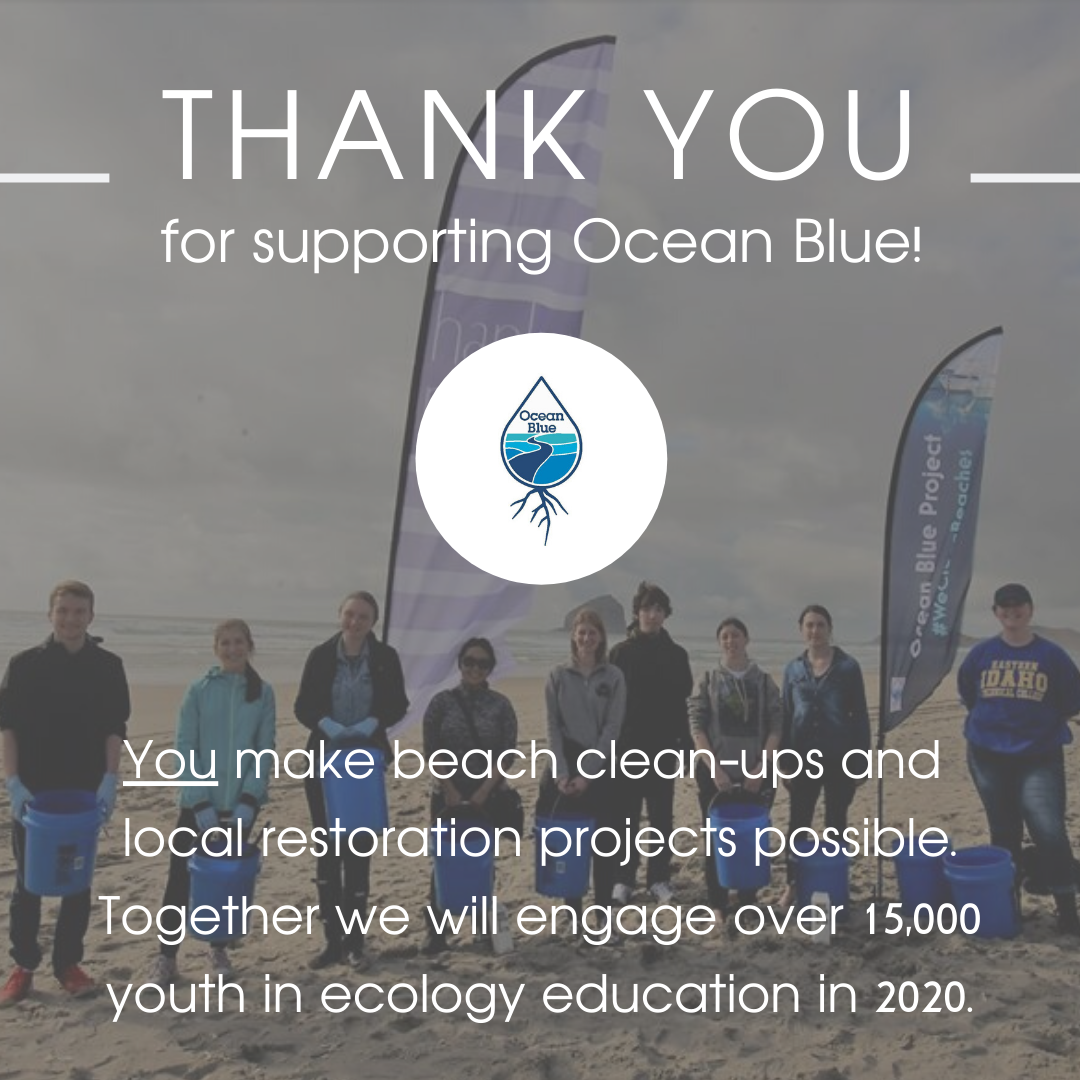 Ocean Blue Project is a non-profit organization conserving our oceans, beaches, and rivers. Through marine conservation action, education, and news, we strive to make a difference for our environment. Our foundation organizes microplastics cleanup projects to rehabilitate our aquatic ecosystems. Our environmental news blogs educate the public on the latest updates and our work. We work with volunteers and communities around the nation to restore aquatic environments. Learn more about how our organization aids in ocean, beach, and river conservation. Subscribe to our blog now.

Signup to our News blogs 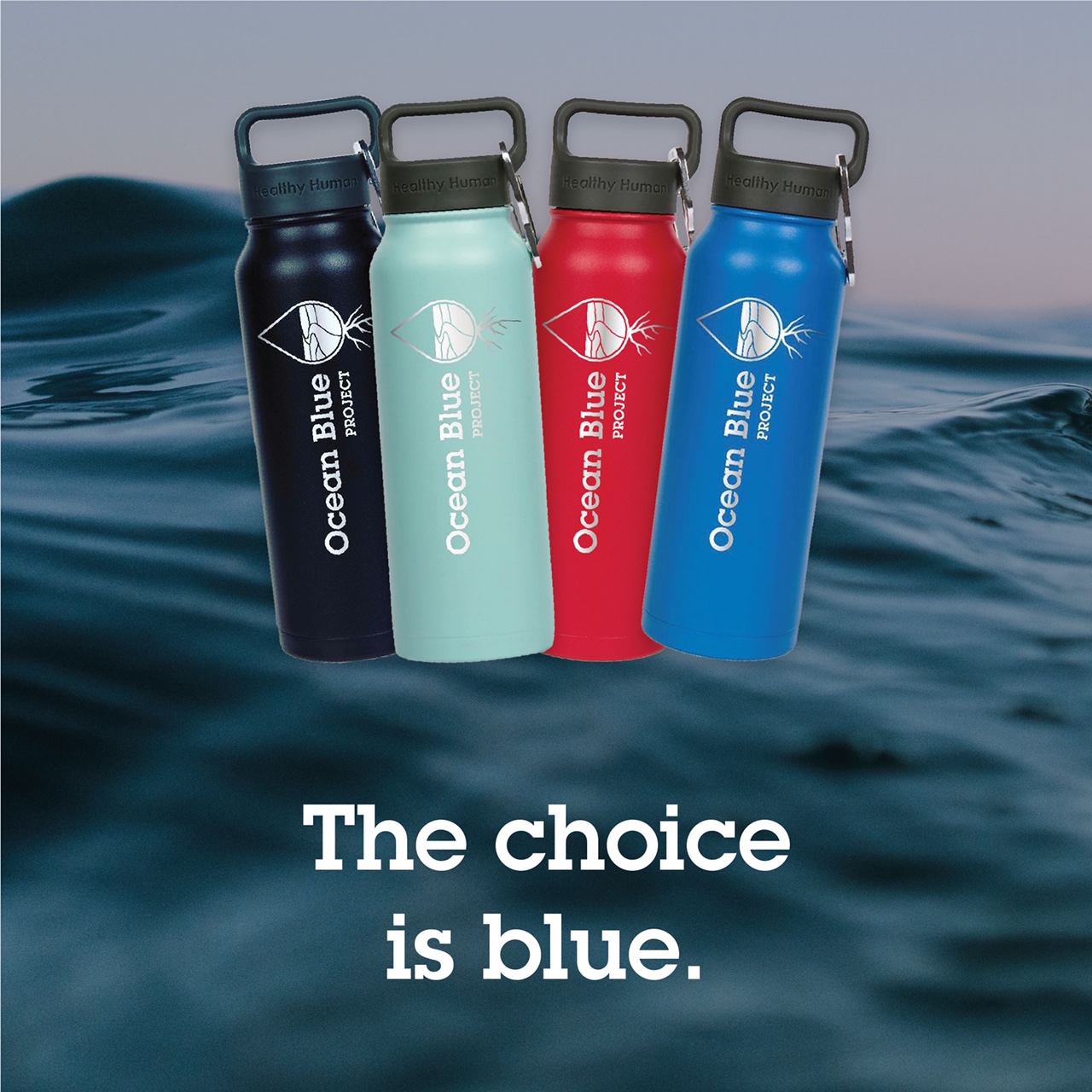 Ocean Blue Project recruits volunteers who believe in our cause as much as we do. When you donate to Ocean Blue Project, you are donating to our four main programs. These include Microplastic Recovery, Cleanup Projects, Blue Streams & Rivers, and Blue Schools. When you buy merchandise from us, the profits go directly into our projects, not our pockets. All proceeds fund our cause. Your donations make all the difference. Donate today!

Ocean Blue Project needs volunteers year-round. Find an event near you or subscribe to our email list to receive the most up to date information on how to help. Join us on our next beach, river, or ocean cleanup project and join our network of water warriors. Be part of our organization. See how your skills can make a difference. Ocean Blue Project works with university students, schools, groups, and individuals. Connect with us to learn more about how you can contribute to our cause.

Author Bio: R. Heliot is a freelance copywriter. She is also a current MBA student at the University of Houston-Victoria. In her spare time, she loves to travel, hike, and swim in the ocean.