As an Englishwoman living in the US, the beauty  of the USA’s  expanses of water were a big factor in my eagerness to stay and explore further.

Lake houses, beaches and bays made up the majority of my first touristy years. Being close to the water made me feel relaxed and free. I have rarely met an American who doesn’t have fond memories from childhood based on a similar theme.

Not to mention as a nature lover, these bodies of water are the life source of so many creatures. Creatures for which we should be grateful for allowing us to share their home for a quick dip.

Imagine then how Texan residents from Lavaca Bay must have felt like prisoners when they discovered that a chemical plant had been polluting their water.

For a group of ordinary residents, this disregard of their environment, and their homes was too much to bear. They could no longer sit back and allow a large corporation to ruin their water, wildlife and even their health.

They organised, brought a lawsuit, and won. 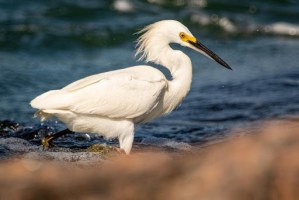 Learning about these residents reminded me of all those movies where the little guys sock it to a multi-million dollar corporation. But in this case, it happened in real life.

The chemical plant in question is Formosa Plastics, who have been in Texas since the eighties. The company makes various plastics and chemicals, like PVC and bleach.

The plant disposes of waste water into Lavaca Bay… Which is oddly enough, legal.

They say that the company doesn’t make sure that the water is free of plastic before disposal. Based on what you’ve read so far, you can see where this is going. The water is actually swamped with pellet-sized plastic nurdles, dumped straight into the bay.

That must be against the law, right? Well, it is and the Clean Water Act says so.

As part of the lawsuit, dozens of experts and witnesses were called to give evidence and hundreds of documents were submitted.

The result? Hard work really does pay off. The Judge found that it was illegal for Formosa to dump the plastics. They had to make up for past violations and an injunction is in place to ensure future compliance.

Even better, the activists who brought the case can keep in touch with the company if they think their clean-up operations could improve.

Formosa also had to pay $50 million into a fund which will be available to various Texan projects that work to improve the state of the water.

All this says to me is that the power is definitely back with the people.

So the plaintiffs must have been experts?

Apart from this amazing win, there is nothing which particularly sets the group apart from you or me. They simply knew that something wrong was happening and couldn’t sit back while it continued.

Diane Wilson is the group’s leader. She used to work as a shrimper. Diane is a fourth generation fisherwoman and so is very familiar with the local bay.

To collect evidence for the lawsuit, Diane kayaked across the bay and used a small net, like the ones you use to clean out your fish tank, to collect nurdles. She stored them in sandwich bags, took them home to dry out in the oven and then counted hundreds and hundreds of them.

The group didn’t need any fancy or expensive equipment to bring their claim. They used their knowledge of the local area, which any resident would have. They also had the willpower to not give up.

How did the activists bring a successful lawsuit?

Feeling inspired? Here’s how our top tips for becoming your own environmental hero

It took the local residents TEN YEARS to see results. Even after the successful lawsuit, Formosa still has three additional years to get to zero plastic waste. Don’t be overwhelmed by thinking that any project you start has to change the world immediately.

Know that the smallest of steps can lead to big change

Miles away in St Louis, another set of community groups filed a lawsuit against Formosa’s plant that is based there, having been spurred on by what happened at Lavaca Bay.

Perhaps you organise a beach clean up and get disheartened that the trash is back just a few weeks later. Don’t be disheartened by focussing on the end result. It will still have been worth it and could lead to real change! You will have organised with like-minded people and spread the word about your ideas, potentially inspiring others to get involved next time.

Don’t try to go it alone

After the successful lawsuit, Diane Wilson and her group have joined with almost three hundred other groups to write to the government. They say the Clean Water Act doesn’t go far enough. With this amount of support, it’s hoped that, like happened with Diane, politicians in the future won’t say they aren’t able to help.

You can be sure that anything you feel passionate about, others will too. Reaching out to them in the first time around can be enough to create more momentum, leading to exciting change!

Ultimately, that’s all the Lavaca Bay residents did. If you feel that something wrong is happening but you don’t know exactly how to change it, don’t worry about that part yet. It’s enough to get started to follow that feeling that you can’t just sit back any longer.

Author Bio: Hannah Meza-Irvine is a writer and lawyer. She volunteers for a food-waste charity and enjoys learning about new ideas to help save the planet.

PrevPreviousReasons Why the Planet Needs You to Eat More Seaweed
NextWhat Is California’s Big Plan To Phase Out Gasoline-Powered Cars Anyway?Next