Can We Combat Wildfire and Save Wildlife by Using MORE Fire?

Can we combat wildfire and save wildlife by using MORE fire?

In recent weeks the west coast has been ravaged by wildfires (over 3.3 million acres in California and Oregon alone). We’ve seen decades of unsustainable forestry practices, rising global temperatures, and severe droughts. Onlookers wonder how to stop the devastation. But are conservation efforts headed in the right direction?

How To Prevent Wildfires

Why are wildfires becoming more frequent?

It’s no secret that wildfires are burning faster and hotter than ever. With every news cycle, it seems like another new blaze appears. But the sharp increase in fires can’t be attributed to a single factor. A couple of major elements are at play.

As global temperatures rise, conditions on land become drier and more susceptible to fire. Especially in the western United States where droughts are common. Small trees, plants, and other organic matter found in forests ignite easily. And these “forest fuels” create fires that are increasingly difficult to extinguish.

Forest overgrowth is susceptible to burning

A common misconception is that logging decreases the risk of fire. After all, if the trees are gone, what’s left to burn? But the dead branches and stumps left behind from logging are drier and even more prone to catching fire.

Another important point is that large trees are not the primary fuel in a forest fire. Smaller plants and trees along the forest floor are what catch and spread the fire so quickly. Managing this undergrowth is a crucial step in preventing the severe burns that we’ve seen in recent years.

The other edge of the sword is conservation. In an ideal world, everything would be left alone to thrive. But it’s important to remember that fire is a natural way to restore balance in an ecosystem. For decades, conservationists have been working to prevent any disturbance of our forests – natural or otherwise. This has allowed forests to age beautifully with majestic trees. But this has also created a severe overgrowth of smaller, more flammable plant life. When a fire does start, this material burns quickly. And when it’s dry, it’s nearly unstoppable.

How did we get here?

The Pacific Northwest has seen a long battle with the logging industry. Until we can find the appropriate balance between using and conserving natural resources, we are at risk of more fires.

The logging industry takes off
The logging industry began to boom during the California Goldrush of 1848. The west coast developed rapidly and the once-plentiful forests were leveled to keep up with lumber demand. The expansion of the railroad only exacerbated the problem, as materials were able to be shipped across the country.

As concerns about exhausting the timber supply grew, the government stepped in in 1891 with the Forest Reserves Act. This allowed the government to restrict logging on public land by creating forest reserves. Until 1910, the newly created Forest Service and logging companies co-existed well. Loggers were permitted to harvest land in national forests as long as they were replenished with new trees.

The Wilderness Act of 1964 put an end to commercial logging on over a million acres of land in the Pacific Northwest. A few years later, the Endangered Species Act of 1973 required government agencies to provide protection for endangered species. In 1990, the Northern Spotted Owl was added to the endangered list. Shortly after, environmental groups started using the owl as a primary argument to halt logging in old-growth forests.


The lumber industry suffered and continued to butt heads with environmentalists. Then in 1993 President Clinton attempted to appease both sides by allowing the harvest of a capped amount of timber along with salvage logging and thinning. He also established conservation areas in old-growth forests. While the debates are less heated today, logging companies and environmentalists continue to disagree on the use of land in the Pacific Northwest.

How does fire affect wildlife?

We’ve seen how politics have played into the narrative over the past two centuries. But how do fires actually impact wildlife? Believe it or not, wildfire isn’t a death sentence for many species. Again, it is a natural event. Animals have spent centuries adapting to it.

Some flourish while others flounder
For many animals, escaping the flames is not the primary issue. They are more affected by the change in habitat after the fire. Some animals, like mule deer, rely on burned areas for nesting and feeding. Others are dependent on the old-growth forests that are damaged in a fire.

One species that benefits from fire is the Karner blue butterfly caterpillar. It also happens to be on the endangered list. This species feeds on Wild Lupine, which only grows in ecosystems that are affected by fire. Of course, if a food source can’t thrive, that species can’t either.

The Northern Spotted Owl inhabits northern California, Oregon, and Washington. It has long been a poster child of the movement to prevent forest fires.

While it has been shown that complete destruction of habitat from logging or high-severity fire has affected the Spotted Owl’s ability to live and reproduce, it’s important to note that the owl can still thrive, even in a burned forest. As long as the burned trees are not removed, they still provide a suitable habitat. In fact, Spotted Owls generally continue to nest and forage in burned landscapes with great success.

The obvious impact of forest fire is on the wildlife that lives in forested areas. But what about aquatic life?

There are a number of pollutants that seep into water supplies as a result of a forest fire. Fire retardants used to combat the blazes affect the quality of nearby bodies of water. Including ones that are used for drinking and watering crops.

How can we help prevent wildfires? Solutions To Wildfires

First, remember Smokey the Bear’s famous words. “Only YOU can prevent forest fires.” According to the U.S. National Park Service, a shocking 85% of forest fires are caused by humans. It’s important to responsibly enjoy and support your natural surroundings. But as you know, forest fires are also a natural occurrence. Still, there are a few things we can do to promote forest health.

Prescribed burns
Sometimes the only way to keep forest fuels at a safe level is to burn them before they become overgrown. This controlled process is safer than a natural burn. And it prevents unnecessary destruction. Clearing out this low-lying growth is ecologically beneficial. It clears out dead organic matter and curbs invasive species.4 And it even supports the foraging habits of species like the Spotted Owl.

As the saying goes, “Lose the battle to win the war.” Prescribed burns may result in a few wildlife casualties. This is why some environmental groups strongly oppose this method of forest management. But it’s minimal in comparison to the massive blazes that are leveling millions of acres of forests. It’s important to recognize the benefits of using fire to manage forest health.

An interesting new technological development in the logging industry is making it possible to process small diameter wood – exactly the type of wood that needs to be cleared out of forests to help the fire suppression effort. This type of lumber was previously not usable or profitable in the industry.6

What does this have to do with you? Well, you can support companies that use sustainably sourced materials. Support legislators that encourage funding for new technology and training in old industries – especially ones that rely on timber and fossil fuels. And support organizations – like Ocean Blue Project – that advocate for better use of our natural resources!

Funds for forest management
One of the biggest stumbling blocks is the need for funding to manage forests. The Forest Service has lost a substantial amount of funding for positions that handle forest restoration and fire suppression. The money that they have available is used to fight fires rather than prevent them.

Again, your support of legislators who make this is a priority is essential to see change. Be an active voice! Better still, join organizations that amplify your voice along with others.

The solutions are out there. Encourage yourself and others to see the potential!

Author Bio: Audra Persino was raised as an avid supporter of National Parks and wildlife conservation. She enjoys traveling and spending time outdoors whenever possible. She lives in Western New York with her husband and son. 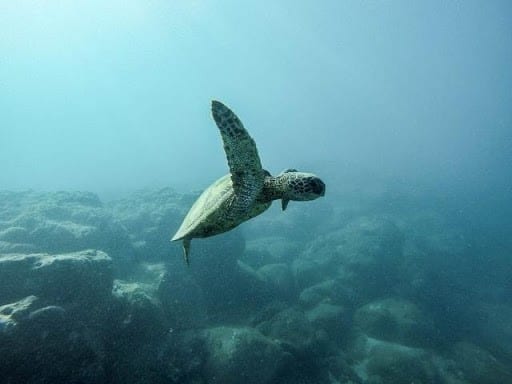 Suzuki Makes a Splash in the Fight Against Microplastics

The Chilling Truth About Plastic Pollution In Antarctica 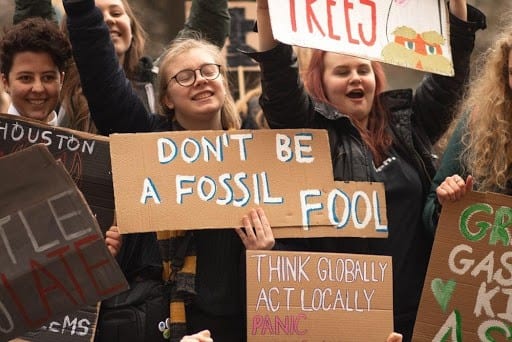 The Best Ways to Reduce Your Carbon Footprint: A Review of Helpful Apps