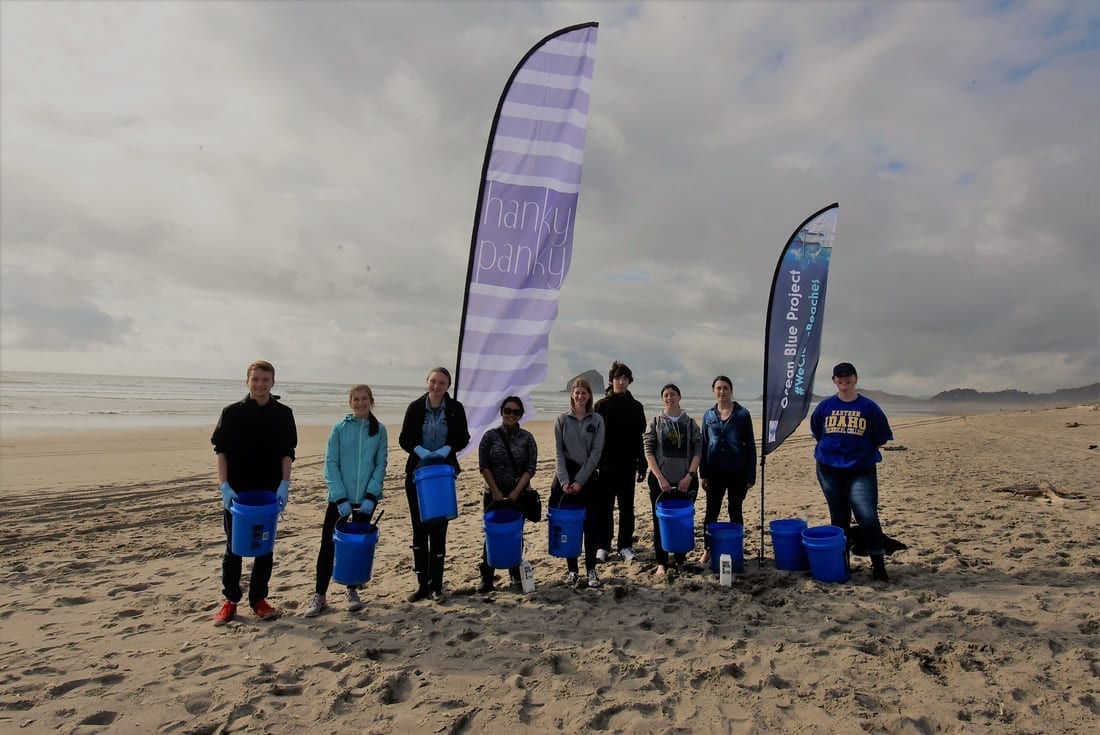 Microplastics The Main Cause of Ocean Pollution

Microplastics are tiny and very hard to cleanup Article by Richard ArterburyMicroplastics are the main cause of ocean pollution of micro particles of plastic are hard to see with the naked eye. When a larger plastic fragment is washed around in our ocean that has became 5mm or less in size. Most Ocean Pollution plastic…

Sea Turtle Factsby Richard ArterburySea turtles Facts and how long they have lived on Earth and in our Ocean for around 110 million years. Sea turtles eat large numbers of jellyfish, and are a important link to our marine ecosystems, our coral reefs and to seagrass beds. Sea turtles provide a large attraction to humans,…

Planting Native Trees Protecting Brazilian WaterwaysThe Amazon’s biodiversity and less known neighbor is being restored by Ocean Blue, one tree at a time. By Karisa BoyceThe Amazon Rainforest is the most biodiverse tropical rainforest on the planet. We value the Amazon for its canopy that 1 in 10 wildlife species in the world depend on for…

​Ocean Cleanup Volunteer Projects Wells Fargo Branch Employees. by Karisa Boyce 05/7/2019Some participants of the Create a Cleanup program choose to donate to Ocean Blue and become Annual Corporate Members. Wells Fargo of San Francisco is just one of the many businesses doing just that. This donation supports beach cleanups in the Bay Area as…

Software provider CloudBees joins A Beach Cleanup Volunteer project for the Santa Cruz Beach California Chapter  by Karisa Boyce of Ocean Blue Project Companies are more involved in giving back to the environment than ever before. As climate change protests and ocean cleanup efforts ramp up, corporate leaders are stepping up for our shared planet….

Does it snow on the open Ocean

Does it snow on the open ocean and how it effects marine wildlifeOcean effects in open ocean waters and wildlife? 1 Min Read: by Karisa Boyce of Ocean Blue Project04/29/2020Ocean Blue receives so many questions from young people and adults alike. One question that we have not heard often, but certainly enough times to feel compelled…

If you are looking to donate to a non profit, your donations will be placed in the project or program of your choice.

Ocean Blue accepts support from donor advised funds, foundations, corporate sponsors, individual donors, and in-kind products and services for fundraising events and to provide incentives as a thank you to volunteers.

Please direct all media enquiries to:

Background
Ocean Blue Project is a grassroots, non-profit organization founded in 2012 by Richard Arterbury and his son, Fleet. The aim of Ocean Blue Project is to protect and conserve the world’s oceans, beaches, and rivers through a variety of practical and educational activities.

The first activity Ocean Blue Project undertook was to host a beach clean-up on Nye Beach, Newport, Oregon in October 2012. Since then, the organization has expanded and now comprises chapters in seven States (California, Florida, New York, Oregon, South Carolina, Texas, Washington), the U.S. Virgin Islands, and it has recently established its first chapter in Brazil.

The positive impact Ocean Blue Project has had and the importance of its mission has been recognised by State Proclamations made by the Governors of Oregon and Washington State.

As a volunteer powered organization, Ocean Blue Project involves 5800 people, young and old, in environmental works annually and seeks to maximize the collective impact of many individual small actions.

Now in its seventh year, Ocean Blue Project organizes 200 coastal cleanups annually across seven States and established a range of volunteer opportunities, educational programs and service learning projects. These initiatives encourage environmental stewardship and the development of life skills, all while having a meaningful impact on the health of our rivers and marine ecosystems.

Mission
Ocean Blue Project is a non-profit organization whose Mission is to protect and conserve the world’s ocean, beaches, and rivers, through education and awareness, by providing service learning projects, enhancing wildlife habitat, cleaning beaches and rivers, and by reducing pollution.

The focus of Ocean Blue Project is to improve the health of our oceans, rivers and beaches by protecting water quality at its source – urban streams and rivers – and by lowering plastic pollution.

The goal of Ocean Blue Project’s activities is to empower communities by providing planning and technical assistance to landowners, communities, and local governments, so that healthy ecological systems can be restored and maintained in a self-supporting manner.

Blue Beaches—removal of microplastics and other debris from beaches across the United States
Blue Streams & Rivers—urban stream/river restoration, including planting of native trees and vegetation

In 2019, Ocean Blue Project has organized 75 beach and river clean-ups across the United States. In Oregon, Ocean Blue Project has engaged with communities at 30 beach and river cleanups. These vital clean-ups provide the debris for Marine Debris Science Kits. The kits provide hands-on ecology education experiences for students across the globe, starting in the United States.

Future Works
In 2020, Ocean Blue Project plans to double the number of beach and river clean-ups undertaken across Oregon, California, Florida, and Brazil. As part of this expanded reach, Ocean Blue Project will seek to engage with over 5,000 youth volunteers during service learning projects in the next year.

One of the recent projects Ocean Blue Project has been engaged in is focused on  engaging with high-risk youths by purchasing native plants from the New Beginnings Garden, housed at the Oak Creek Youth Correctional Facility. Ocean Blue Project will  place 100,000 native trees and shrubs sourced from the New Beginnings Garden in tributaries of the Willamette River in Albany, Salem, and Portland areas as well as engage 5,000 students in essential stream and river protection projects during 2020.

Richard received a degree in civil engineering from the University of Texas at Austin.

He has worked as a social change agent, account manager, business development associate, and has fostered partnerships within diverse communities for over a decade.

Richard’s primary focus is engaging communities of people – whether socially, for profit or government; urban or rural; national or global – in development, consensus-building and behavior-changing initiatives to maintain healthy waterways by protecting clean water rights and healthy streams for stronger generations to come.

Nate earned a PhD in Plant Pathology from Oregon State University in 2007.

Karisa is responsible for fundraising, donor and grant management, content of the Ocean Blue Project ‘Ocean ‘Blue News’ blog and for other writing connected with Ocean Blue Project. Karisa also manages 200 events annually, in her role as Development Director.

Karisa works to help develop our local engagement and diversify the Board of Directors.