Cleaning up oceans, rivers and beaches for a healthier planet 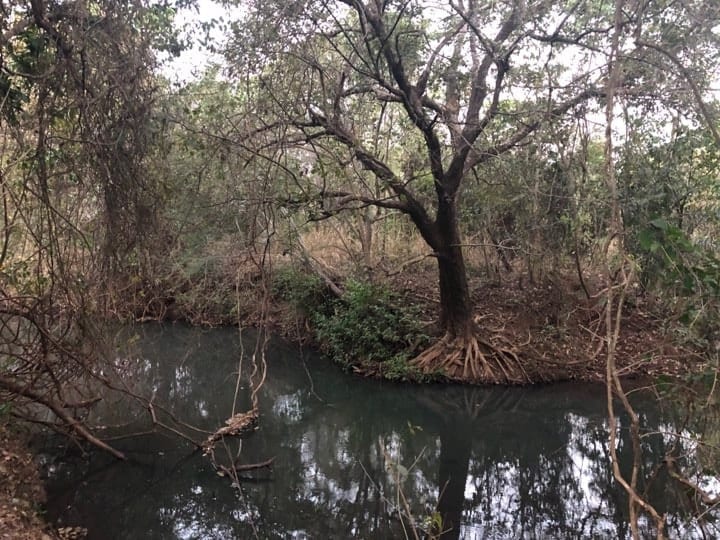 Ocean Blue is working to restore the Amazon’s biodiversity along with its lesser known neighbor, the Cerrado region, one tree at a time.
By Karisa Boyce

The Amazon is the most biodiverse tropical rainforest on the planet. One in ten wildlife species depend on its canopy for life, while humans highly value its untapped potential for medicinal resources. The Amazon has experienced nearly 7,500 fires in September 2019 alone, but its lesser known neighboring biome, the Cerrado region, has endured more than 8,000 fires during the same time frame.

The Amazon is vital for global biodiversity and combating carbon dioxide levels, and the Cerrado region is arguably equal in importance to its neighbor to the west. The Cerrado is a vast wooded grassland covering over 20% of Brazil, and as the world’s most biodiverse savanna region, 5% of Earth’s flora and fauna call it home.

Approximately 70% of the Cerrado’s biomass lies underground, holding up to 118 tons of carbon per acre. Agricultural practices that began in the region during the mid-20th century, along with the recent rapid expansion of the soy and beef industries, have caused mass deforestation in nearly half of the region’s biomass. If current trends continue, the Cerrado will lose tens of millions of native vegetation acres by 2030.

This is devastating news for endangered wildlife including jaguars, giant anteaters, armadillos, and maned wolves. Additionally, residents who depend on clean streams and rivers for drinking water face the risk of losing such resources. Ocean Blue’s director, Richard Arterbury, believes the best solution for these potential problems is twofold: 1) immediately halt deforestation and 2) begin a process of recuperation by planting native trees and shrubs that wildlife depend on for survival.

Ocean Blue Project board member and Regional Director of Brazil, Marina Losi Monteiro, grew up in Goiás, Brazil, which is home to both the Amazon and Cerrado regions. Monteiro is currently working with local governments in Goiás cities including Nova Veneza and Brazabrantes, with the goal of restoring a local stream and preventing both air, water pollution and ultimately Brazil climate.

Streams and rivers are the lifeblood for inland areas like the Cerrado, and each one eventually flows into our one world Ocean. Monteiro understands how vital these bodies of water are for communities:
“There is one little spring that falls to a bigger one called Ribeirão Cachoeira, and that one falls to a river called Meia Ponte, which is the one that provides water to many little cities, like Brazabrantes with a population of more than 3,000 people, and the metropolis, Goiânia where over 1.3 million people live.”

Beginning at the stream headwaters, called the “nascente” or “olho d’agua,” which means “spring” in Portuguese, Monteiro plans to establish habitats for target species including the Piauçu fish (Leporinus macrocephalus), whose survival has been threatened by degradation and predatory fishing. The South American Tapir, or “Anta” in Portuguese (Tapirus terrestris), has also been targeted. It is the largest surviving native land mammal, and remains vital for seed dispersal. Another target species for the project is the Giant Anteater, or “Tamanduá Bandeira” (Myrmecophaga tridactyla), an icon of the Cerrado whose current survival status is critical. Tamanduá Bandeira is one of four living anteater species and the only living member of Genus Myrmecophaga.

The Restoration and Wildlife Enhancement Project in Brazil’s Cerrado region is being developed to educate students from local schools and enhance wildlife habitats for species including the Piauçu, South American Tapir, Giant Anteater and many more. By planting native shrubs and trees, water temperatures will stabilize as canopy grows to shade the surrounding area, while the roots will help prevent erosion and sedimentation of the stream and sequester carbon dioxide underground.

In addition to planning these events with local young people, Monteiro and her family are also leading their community in cleanup efforts. On September 21st, International Cleanup Day, volunteers removed plastics, glass bottles, and metals near the local stream, Ribeirão Cachoeira. The project allowed volunteers to have more contact with nature and become more aware of local plant and animal species. Monteiro continues to plan future cleanup events and environment education projects within her community.

​Did you know that planting trees cleans the ocean? It’s because water flows downstream and inland water sources end up in the ocean eventually. Here’s a quick rundown of how it works:

Trees provide shade for streams and rivers, stabilizing water temperatures. Water that’s too warm grows algae and stable temperatures provide habitat for wildlife to thrive.
Trees stabilize river banks, creating a buffer zone and reducing erosion. The more stable a bank is, the cleaner the water will be.

Within a year or two after planting you can rest in the shade under the tree you plant. Not only do trees help clean the ocean by reducing sediments that cause water pollution, they reduce dependency on coal and provide economic value to communities. Shaded homes require less energy to cool, lowering carbon emissions and reducing energy costs. ​Read more on Plastic pollution facts:

Photos of before planting trees in Brazil

100% of all proceeds support Ocean cleanup projects. Ocean Blue Projects focus on removing ocean bound microplastics. We save millions of marine mammals while cleaning up our One World Ocean. Dismiss