It’s firework season. All summer long we can see and hear fireworks anytime throughout the evening sky. They always look so pretty shot up above the water.

But have you ever thought about the aftermath of a firework show? All the trash it leaves behind? What about the pollution as they explode in the air? Nobody’s given it any thought until the topic of pollution comes up.

What type of damage can a two minute firework show cause?

Holidays aren’t the only occasions for firework shows

Fourth of July is one of the most well-known days for a firework show. Over the years, fireworks also take place on other holidays like Memorial Day, Labor Day, and New Year’s. And they have grown to become popular at events like concerts and sporting events.

Long Beach Peninsula in Washington has a 20-mile firework show on the 4th of July. This show is not done by professionals, but by people with their own fireworks. It’s not a few minutes of a show either, but it can be hours long of fireworks along the Peninsula. It’s estimated that about 10,000 people come and partake or observe.

Louisville Kentucky holds one of the Nation’s largest annual firework events. Thunder Over Louisville is the firework show that kicks off the 3 week celebration for the Kentucky Derby. Held every year, they shoot fireworks off one of the bridges over the Ohio River.

Thunder Over Louisville averages an attendance of half a million people. In 2019, the attendance was around 700,000 people. This was not including any people on the rooftops. They also used around 60,000 shells of fireworks for their show. That is a HUGE amount!

Disney has a fireworks show every single day. Sometimes even twice a day!

Although fireworks are a pretty view over the water, their emissions and plastic waste can be overwhelming.

Two-minute firework show for a lifetime of waste

Growing up, I never imagined something so pretty to be bad for our environment. But thinking back, it was never taught to me that it was. Children are only ever taught that pollution is bad. It’s never explained more in-depth, what exactly is pollution?

A short firework show can be very toxic for all wildlife. They create gases and pollutants when exploding in the air.

For more public events, I’m sure there are cleanup crews that help pick up any pieces left behind. But what about the pieces they don’t find? These pieces can affect land and water.

Thunder Over Louisville launches their fireworks off a bridge over the Ohio River. There’s no telling how many pieces of plastics have been polluting the river since the ‘90s. The Ohio River connects to the Mississippi, which then leads out to the ocean.  What they launch and leave behind goes into the water. this then is plastic and waste pollution that affects the water and marine life.

That 20 miles of fireworks in Long Beach Washington is the same. Due to it not being an actual event, and more audience-driven, the after cleanup doesn’t even happen.

Are there eco-friendly firework substitutes?

A German Fireworks manufacturer is working on a more eco-friendly product for fireworks. Georg Alef from Weco does mention that “there is no such thing as a climate-neutral firework.”

With paper products replacing plastic components on fireworks, they may never be eco-friendly. There are other celebratory options to replace fireworks like laser or drone shows.

Some countries have restricted or even banned fireworks due to the pollution it causes. The city of Landshut in Germany has laser shows for New Year. They have been doing this for years. South Korea limited fireworks to official events only. They have been creating drone shows as replacements.

If fireworks are going to continue, organized clean-up crews can collect the remaining waste after shows or the following day. This will allow less to harm wildlife and reduce our carbon footprint.

When planning your own firework show, choose a certain area to launch them. Pick up any waste from the fireworks around your designated launch area. This can be difficult at night so be sure to continue the clean-up the next day.

Try to stay away from any bodies of water. This will help reduce the amount of waste that could fall into the water and be lost later. It also helps reduce plastic pollution.

Any clean-up helps keep our future and planet clean. 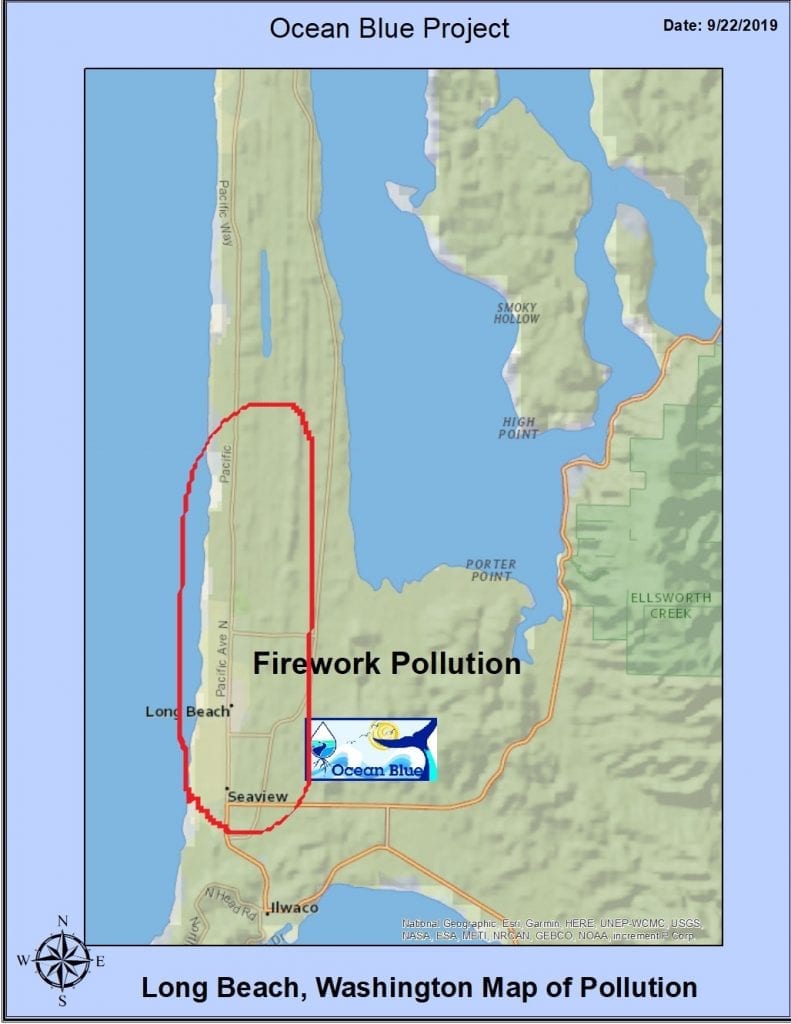 Chelsea is from Jeffersonville, Indiana. She has been very driven and passionate about ocean conservation ever since she was a little girl. She enjoys being outdoors and traveling with her fiance.